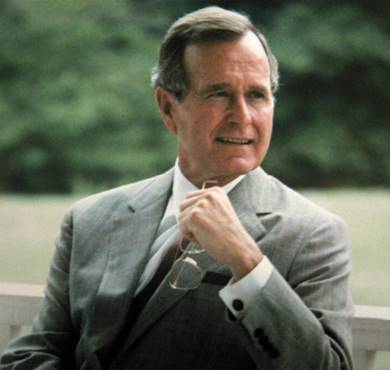 Born in Milton, Massachusetts in 1924, George Herbert Walker Bush represented the best of America and served as a role model, not only as a patriot and devoted servant to his country, but as a deeply committed humanitarian dedicated to upholding and preserving traditional values and democracy. He is often described as a dignified and kind “gentle giant of a man” and will long be remembered for the many roles in his life: a brave serviceman, loving husband, proud father, diplomat, statesman, president and an esteemed, highly respected human being. President Bush was the very embodiment of all our hopes as a nation and as individuals. 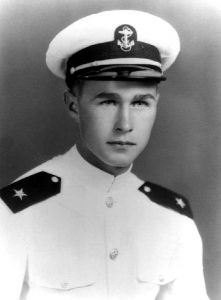 Bush’s commitment to his country came at an early age. Following the attack on Pearl Harbor on December 7, 1941, he postponed his university studies, enlisted on his 18th birthday, and became the youngest aviator in the U.S. Navy to earn his wings. As a fighter pilot, he flew 58 combats missions during WW II, and after being shot down by Japanese antiaircraft fire during one mission, he was awarded the Distinguished Flying Cross for bravery in action.

In his rise to becoming the 41st President of the United States, Bush held a variety of key positions over the years, often deemed by Republican presidents as the most qualified and experienced man in U.S. public life. He served as U.S. ambassador to the United Nations in the early 1970s, chairman of the Republican National Committee a short time later, then as chief U.S. envoy to China in the mid-1970s. Later, he was director of the Central Intelligence Agency. 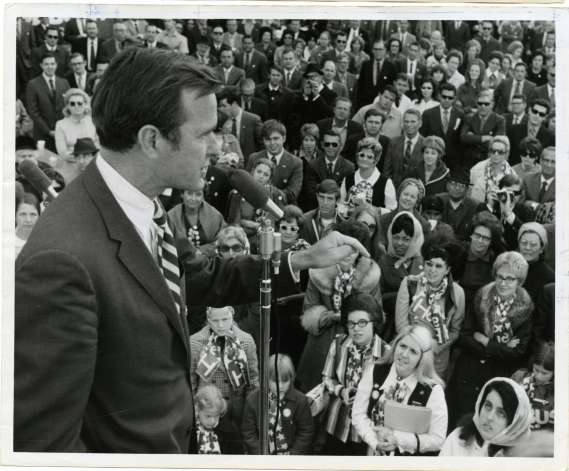 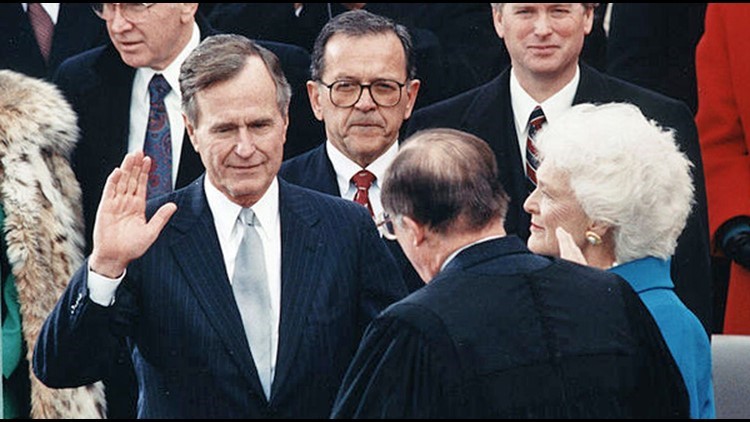 “…a new breeze is blowing, and a world refreshed by freedom seems reborn; for in man’s heart, if not in fact, the day of the dictator is over. The totalitarian era is passing, its old ideas blown away like leaves from an ancient, lifeless tree.”

In 1988, Bush ran a successful campaign to succeed President Reagan. Foreign policy drove the Bush presidency: military operations were conducted in Panama and the Persian Gulf; the Berlin Wall fell in 1989, and the Soviet Union dissolved two years later. 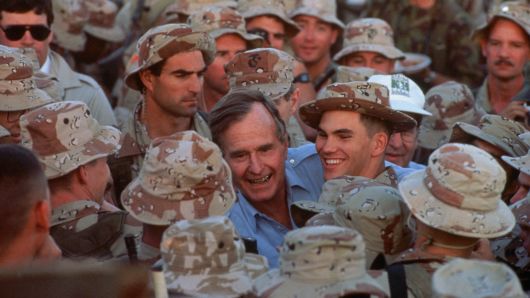 President George Bush shakes hands with US Army troops in Saudi Arabia during the Gulf War on Thanksgiving Day, 1990 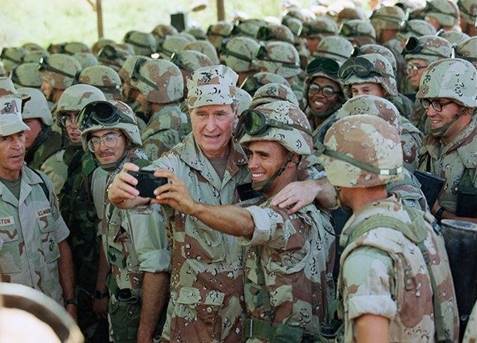 Bush was married for 73 years to the former Barbara Pierce. They met as teenagers and married in 1945, while he was on leave during his deployment as a Naval officer in World War II. A lasting love story, it was the longest marriage among any U.S. presidential couples. Barbara died at 92 in April 2018. 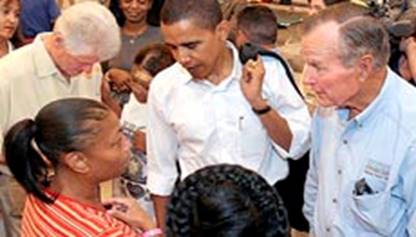 “Ours should be a nation characterized by conspicuous compassion, generosity that is overflowing and abundant.”

“Hillary and I mourn the passing of President George H.W. Bush and give thanks for his great long life of service, love, and friendship.

I will be forever grateful for the friendship we formed. From the moment I met him as a young governor invited to his home in Kennebunkport, I was struck by the kindness he showed to Chelsea, by his innate and genuine decency, and by his devotion to Barbara, his children, and their growing brood.

Few Americans have been—or will ever be—able to match President Bush’s record of service to the United States and the joy he took every day from it; from his military service in World War II, to his work in Congress, the United Nations, China, the Central Intelligence Agency, the Vice Presidency and the Presidency, where he worked to move the post Cold War world toward greater unity, peace, and freedom.

He never stopped serving. I saw it up close, working with him on tsunami relief in Asia and here at home after Hurricane Katrina. His remarkable leadership and great heart were always on full display.

I am profoundly grateful for every minute I spent with President Bush and will always hold our friendship as one of my life’s greatest gifts.”

“George H. W. Bush was a man of the highest character and the best dad a son or daughter could ask for. “The entire Bush family is deeply grateful for 41’s life and love, for the compassion of those who have cared and prayed for Dad, and for the condolences of our friends and fellow citizens.”

“America has lost a patriot and humble servant. While our hearts are heavy today, they are also filled with gratitude. Not merely for the years he spent as our forty-first President, but for the more than 70 years he spent in devoted service to the country he loved…. Bush’s life was “a testament to the notion that public service is a noble, joyous calling.”

“Through his essential authenticity, disarming wit, and unwavering commitment to faith, family, and country, President Bush inspired generations of his fellow Americans to public service to be, in his words, ‘a thousand points of light’ illuminating the greatness, hope, and opportunity of America to the world…President Bush always found a way to set the bar higher.”

“His legacy will be forever etched in the history of America and the world. It is a lifelong record of selfless patriotic service to our nation, “He led with strength, integrity, compassion and humility — characteristics that define a truly great man.”

James A. Baker III, Chief of Staff and Secretary of State under Bush 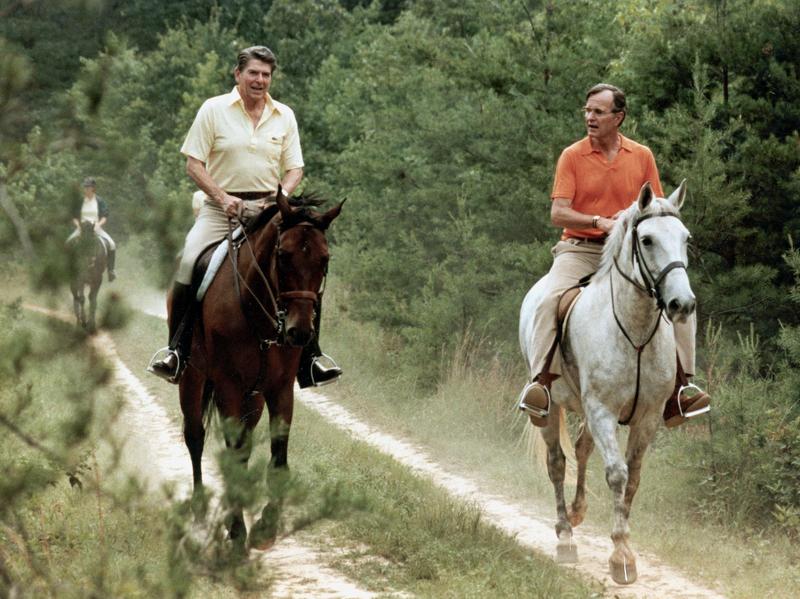 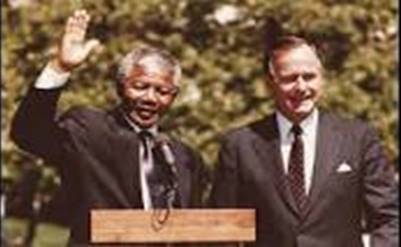 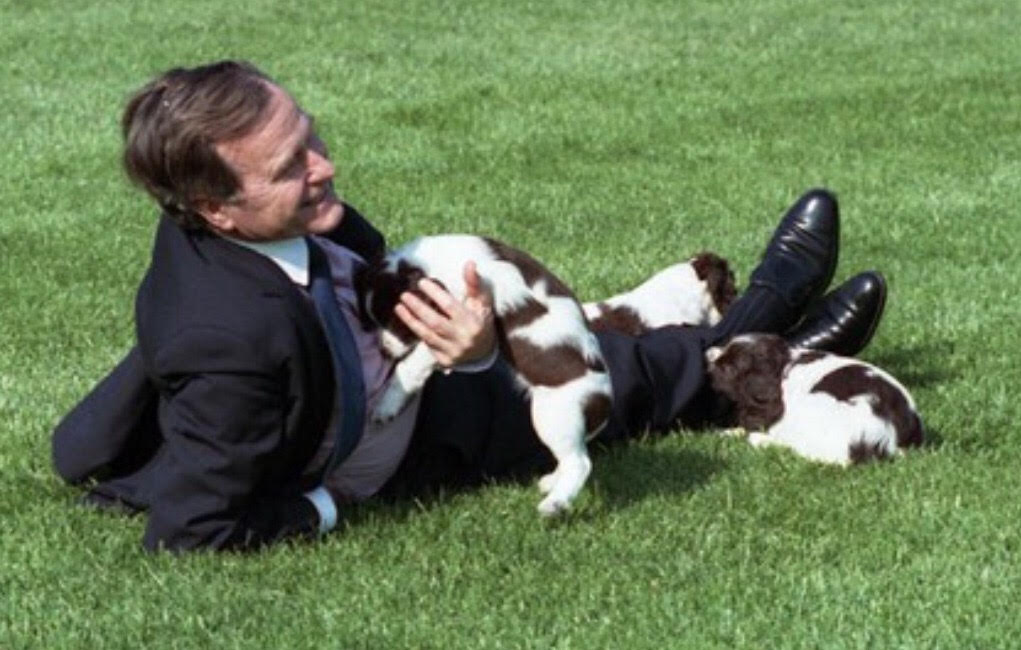