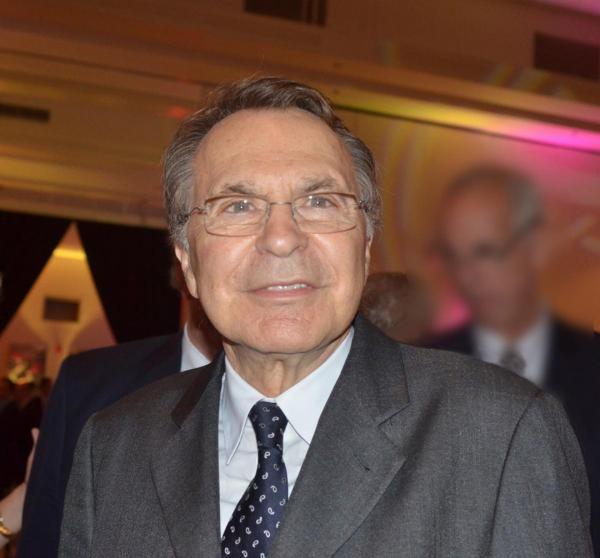 Earle I. Mack, who has bred and raced Thoroughbreds for nearly 60 years and been one of the sport’s most prolific benefactors, has been selected to receive the Eclipse Award of Merit, considered the sport’s highest honor, the administrators of the award announced on Wednesday.

Mack, 83, will join a distinguished roster of racing titans who have been selected for the Award of Merit, which is not awarded every year. The Award of Merit has not been awarded since 2018, prior to the pandemic.

Mack, who presently lives in Florida but spent most of his life in New York, has bred or raced 25 stakes winners, including 1993 Canadian Triple Crown winner Peteski and 2002 Brazilian Triple Crown winner Roxinho. Aside from his participation as a breeder and owner, he was a member of the Board of Trustees for the New York Racing Association from 1990-2004, the chairman of the New York State Racing Commission from 1983-1989, and a member of the board of directors of the New York State Thoroughbred Breeding and Development Fund Corp. from 1983-1989. He also served as a Senior Adviser on Racing and Breeding for New York State to Governors Mario Cuomo and George Pataki.

A veteran who served in the U.S. Army Infantry, Mack has been a longtime contributor to the Thoroughbred Retirement Foundation, the Grayson-Jockey Club Research Foundation, and is the founder of the Man O’ War Project, which is researching the impacts of equine therapy on veterans suffering from post-traumatic stress disorder. Mack is also a member of The Jockey Club.

“This is a distinct honor,” Mack said in a release distributed by the Eclipse Award administrators. “I have devoted my life to the equine industry. I love the horses. I love our veterans who have fought hard for the survival of our freedoms and the democracy we embrace as Americans. . . . The health, safety, and welfare of our horses and the integrity of our sport have been at the center of my advocacy over the years.”

Mack, who was an ambassador to Finland during the George W. Bush administration, added that he was grateful to The Jockey Club for its assistance and support in the Man O’ War Project.

“Ambassador Mack’s contributions to the Thoroughbred industry go well beyond his successful breeding and racing operations,” said James Gagliano, the chief operating officer of The Jockey Club, in a release. “His support of the Thoroughbred Retirement Foundation, creation of the Dinny Phipps Award, and contributions to the Man O’ War Project exemplify what the Eclipse Award of Merit represents, and he is well-deserving of it.”

In addition to the Dinny Phipps Award, Mack is the namesake for the Earle I. Mack Thoroughbred Champion Award. The Dinny Phipps Award is given to an individual who “has performed meritorious service to racing,” while the Champion Award is given to an individual to recognize “outstanding efforts and influence on Thoroughbred racehorse welfare, safety, and retirement.”

Mack will receive the Award of Merit during the Eclipse Awards ceremony scheduled for Feb. 10 at Santa Anita Park in Southern California.

A previous version of this article was accompanied by an incorrect photo of Earle Mack.