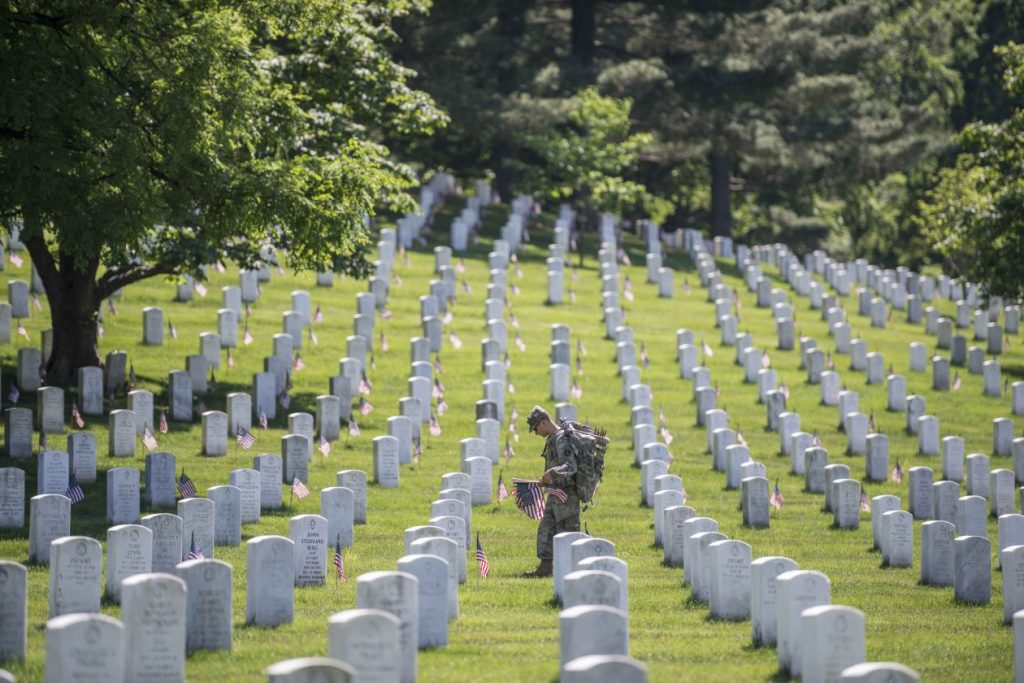 According to a new report, veterans accounted for 14% of suicides nationwide though they make up only 8% of the U.S. population. PHOTO: ELIZABETH FRASER/PLANET PIX/ZUMA PRESS

WASHINGTON—The rate of suicide among young military veterans has increased substantially despite efforts by the Department of Veterans Affairs to curb the problem, though overall veteran suicides declined slightly, according to new data to be released Wednesday.

The VA’s National Suicide Data Report paints a troubling picture for vets ages 18 to 34, for some troops who served in the National Guard or reserves, as well as female veterans.

“These findings underscore the fact that suicide is a national public health issue that affects communities everywhere,” the VA says in a press release reviewed by The Wall Street Journal. “Our goal is to prevent suicide among all Veterans—even those who do not and may never seek care within VA’s system.”

According to the report, veterans accounted for 14% of suicides nationwide though they make up only 8% of the U.S. population. The suicide rate for female veterans is 1.8 times higher than their civilian counterparts.

There are some 20 million veterans in the U.S.

The overall number of veteran suicides changed little falling to 6,079 in 2016 from 6,281 the year prior, while the overall rate essentially held steady in part because suicides among veterans older than 55 fell while the youngest cohort of veterans saw increased numbers. The oldest age group had the largest number of overall deaths because they make up the largest portion of the veteran population.

Recent VA secretaries, including the current head of the department, Robert Wilkie, have said they have made addressing suicide a top priority. But some advocates said the department has devoted insufficient attention and resources to the matter.

“If any other population of 20 million people were exposed to these threats it would be considered a public health priority,” said Paul Rieckhoff, CEO of Iraq and Afghanistan Veterans of America, which has many younger veterans as members. “There has never been a national call to action.”

The VA’s inspector general found in 2017 that the department’s suicide hotline had been routing a high percentage of calls to backup call centers, a flaw the department has said has been resolved.

More recently, on Tuesday, the inspector general released a report showing that a Minnesota VA facility didn’t manage follow-up care for a veteran who recently had been admitted to the hospital for suicidal thoughts. He killed himself less than 24 hours after his release from the hospital.

“Our fight to end the tragic epidemic of suicide is far from over,” said Rep. Tim Walz of Minnesota, the top-ranking Democrat on the House Committee on Veterans’ Affairs, who launched the inspector general investigation into the Minnesota death.

The House committee is scheduled to hold a hearing later this week on veteran suicide prevention. The VA didn’t respond to a request for further comment.

Other findings from the comprehensive report include:

• Some 70% of veterans who killed themselves used a firearm compared with less than 50% for civilians.

• Veterans who had been part of the National Guard or a military reserve unit but who had never been called up for federal service saw rates of suicide rise which, the VA said, could be due in part to those troops having fewer veterans benefits and access to VA care than active-duty troops. The VA said it plans to increase in coming years its suicide prevention efforts among this sometimes-neglected group.

The VA’s confidential Veterans Crisis Line is open 24/7 for veterans and those concerned about a veteran. The telephone number is 1-800-273-8255.