Gagliano Elected as Chairman of AHC Board

(Washington, DC)- James L. Gagliano, President & Chief Operating Officer of The Jockey Club, was elected as the next Chairman of the American Horse Council’s (AHC) Board of Trustees during the AHC’s Annual Meeting and National Issues Forum. Gagliano succeeds Dr. Jerry Black who served as Chairman the past three years.

“It’s critical that the horse industry continue to work to confront crucial issues collectively. The challenge for the AHC in the coming years will be to work to continue to foster collaborative relationships and move the industry forward as a whole,” continued Gagliano.

Chrystine J. Tauber, Past-President of the United States Equestrian Federation (USEF), was also elected as Vice-Chairman of the Board. Tauber was also a founding officer and Vice President of the U. S. Hunter Jumper Association (USHJA) for eight years. Tauber is also a Board member of the U.S. Equestrian Team Foundation, the Show Jumping Hall of Fame, and the USHJA Wheeler Museum. Tauber also served as Team Manager for all U.S. teams at the 1984 and 1988 Olympic Games, the 1983 and 1987 Pan Am Games, and for the Show Jumping World Championships in 1982 and 1986. 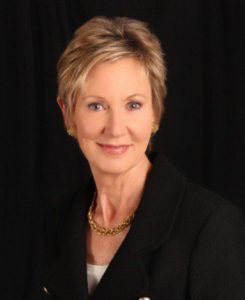 “The USEF is a strong supporter of the AHC’s mission to advocate for the social, legislative, and economic interests of the United States equine industry,” said Tauber. “As we move forward to confront emerging issues that affect our diverse industry, ensuring that the we have a voice on Capitol Hill is more critical than ever. I look forward to working with AHC Board and staff to advance our newly defined mission and create greater opportunities for the equestrian community in the United States.”